Think you’re the smartest in the room? 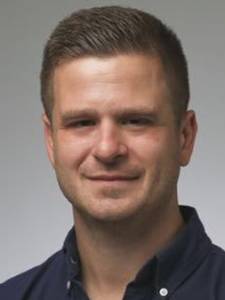 There was a point during our leadership training course at Fort Knox when I started questioning most of the decisions I’d made in my life.

My teammate was in front of me, leaning back and desperately attempting to drop a 10-foot plank on a post so our group of seven could cross a 30-foot sandpit in the rain and complete the training mission assigned by the Army’s human resources officers.

As my teammate, Alan, struggled with the plank, I pulled back on his shoulders, and before I realized what that scene looked like to everyone else, the Army captain coaching our group was giggling and snapping a photo of us in a prone position — his head in my lap, my arms pressing down on his shoulders, a gigantic wooden plank waving wildly in the air.

“I’ve never seen this before,” the captain said through more laughter. 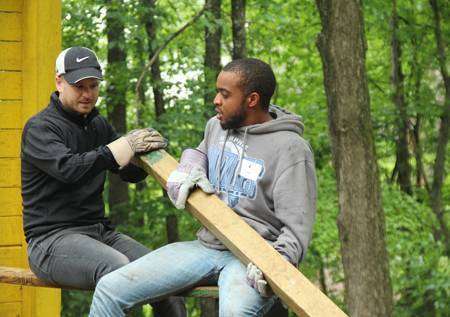 Unfortunately, we weren’t privy to “the” photo, but here’s Jeff Greer and teammate Keith Joy on the teams course at Fort Knox.

We laughed so hard we almost fell off the planks we had already laid down. I hope that photo never surfaces, but you better believe we got that plank down and accomplished our mission, one of four we attempted during a soggy afternoon at one of America’s most famous military bases.

And it turned out to be a pivotal teaching moment in our Fort Knox Program Day, the first of five leadership program days in Ignite Louisville. The best test for a team, especially one with strong personalities, is an unexpected hiccup while executing a plan.

The Army taught me several things during our day with their some of their top Special Forces minds, but two stood out: (1) Never, ever think you’re the smartest, strongest or quickest person in any situation, because it’ll drown out the good ideas or more efficient execution from other people who bring their own experience and talent to the situation; and (2), be flexible.

Our team faced challenges on every course we tried to complete, but we always worked with open minds and flexibility.

And even though Alan and I put ourselves in such an awkward position that I found myself hoping my girlfriend (now fiancée) would never see the photo, it turned out we were learning those valuable lessons without realizing it in that moment.