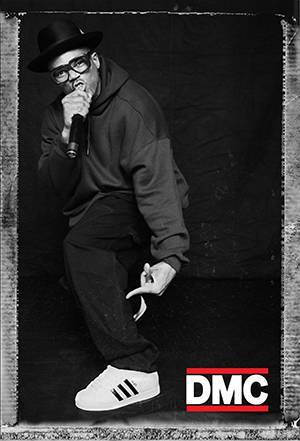 Darryl “DMC” McDaniels is a legendary music icon who first impacted the world over 35 years ago. From the first rap group to grace the cover of Rolling Stone Magazine to the first to appear on MTV, Run-DMC changed music, culture, fashion, language and made American history. It would be hard to overstate his influence on popular culture.

Forty million record sales and ½ billion song streams later, and twenty years since the untimely death of his bandmate Jam Master Jay, DMC still continues to create, inspire and motivate. In 2009, as a member of Run-DMC, he was inducted into the Rock and Roll Hall of Fame and in 2016 he received a Grammy Lifetime Achievement Award from the Recording Academy given to “performers who, during their lifetimes, have made creative contributions of outstanding artistic significance to the field of recording.” 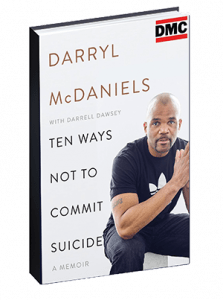 Darryl is also the co-author of two critically acclaimed books, including his recent memoir entitled, Ten Ways Not to Commit Suicide, giving him another platform to talk about his past struggles with depression and helping those, especially men of color, remove the shame of asking for help.

He continues to record and produce music, both solo and with iconic artists, and is active with nonprofits including the Felix Organization, which he co-founded in 2006 to enrich the lives of children who are growing in the foster care system. As a published author and speaker, he delivers inspiration, talking about respect, responsibility, and self-awareness. Co-founder and President of Zenger Folkman

Dr. Folkman is a globally renowned writer, speaker, and executive consultant on leadership, feedback, and individual and organizational change.

A thought leader and one of the most respected psychometricians in the USA, Joe Folkman’s perspective on leadership, employee feedback, and managing change is respected around the world.

Joe has developed a database that holds more than half a million assessments of almost 110,000 leaders, a tool that he uses to focus on successful change management. His expertise in survey design and data analysis has made him much in demand, his clients including, amongst others, AT&T, Boeing, ConocoPhillips, CIBC, General Mills, Hunt Consolidated, Koch Industries, Marathon Oil, Nortel, Fidelity, First American, Reed-Elsevier, Safeway, Thomson Reuters, US Navy, UCSD, Wells Fargo and Weyerhaeuser.

The holder of a doctorate in Social and Organizational Psychology and a Masters in Organizational Behavior from Brigham Young University, Joe was a founding partner at Novations Group, leading assessment. He is co-founder and President of Zenger Folkman, a firm dedicated to the employment of hard evidence and maximizing employee strengths for organizational enhancement.

The author or co-author of seven books, Joe has been featured in The Wall Street Journal’s National Business Employment Weekly, Training and Development Magazine as well as Executive Excellence, amongst others. Author, Organizational Consultant, and President of The Ken Blanchard Companies®

Scott Blanchard is President of The Ken Blanchard Companies, the company co-founded by his father, best-selling business author Ken Blanchard. An accomplished author in his own right (coauthor of Leverage Your Best, Ditch the Rest and Leading at a Higher Level), Scott represents the next generation of pioneering thought leadership on management issues. He is the coauthor of Blanchard’s newest training program, The First-Time Manager which teaches the essential skills that every new manager must master in order to succeed in the workplace.

Having led major training interventions at numerous Fortune 500 companies, Scott has worked with a wide variety of senior executives in leading large initiatives for international corporations. An experienced trainer and organizational consultant, he has extensive experience in all of the Blanchard® key practice areas, most notably corporate coaching, having co-created the coaching function within the company. Blanchard Coaching Services has revolutionized the corporate coaching industry and has provided coaching to more than 10,000 clients throughout the world.