Lessons from Best Places to Work

Learn how to create a great business culture from three leaders who have received “Best Places to Work” recognition. 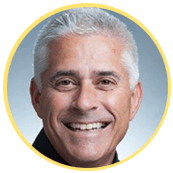 Scott Colosi is President and CFO of Texas Roadhouse, Inc., which owns and operates more than 550 restaurants in the U.S. and beyond, and is known for being a best place to work for millennials.

Scott joined Texas Roadhouse in 2002 as the Chief Financial Officer and was promoted to President in 2011. Before joining Texas Roadhouse, Scott was employed by YUM! Brands, Inc. and Burger King Corporation where he began his career in 1987.

He serves on a variety of non-profit boards throughout Louisville, including Leadership Louisville, Louisville Metro Police Foundation, and The Healing Place, which is a nationally-recognized drug and alcohol addiction recovery program for men and women. 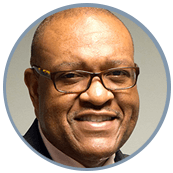 As Vice President and Assistant General Manager of Horseshoe Southern Indiana, Norris Hamilton leads operations of gaming, food and beverage, security, retail and environmental services. Under his leadership, the company received multiple recognitions as a best place to work.

Prior to his current role, Norris was Director of Hotel Operations at Flamingo Las Vegas, a 3600 room property. At Harrahs Metropolis in southern Illinois, he managed a $72 million construction project and oversaw the planning and staffing of the new hotel facility. He has earned Caesars highest honor as a two-time recipient of the Chairman’s Excellence in Leadership Award. Locally, he has served on the board for Louisville Urban League and currently sits on the board of the the Kentucky Derby Festival Foundation. 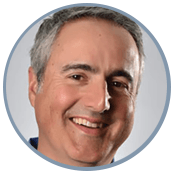 Craig Stein and his partners at Mirazon treat their staff the way they always wanted to be treated. This simple concept has created a company with a record of winning “Best Place to Work” awards. Since the company’s founding in 2000, they have operated on the theory that happy engineers make happy customers, and think of themselves as a “customer service company that just happens to do IT.”

Craig is a founding partner of Mirazon, which has achieved elite partner status with many best-of-breed technology solution providers, such as Dell, Microsoft, Cisco, and others. Their fast growth, commitment to staff, and laser focus on customer service brought in dozens upon dozens of new team members (not to mention clients) over the years. The company has offices in Louisville and Kansas City.