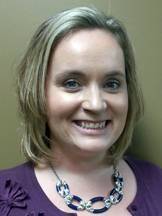 “I don’t know what we are going to do at Fort Knox, but I am NOT going over any sort of wall,” were the exact words I used while talking with a co-worker about my first Ignite Louisville class meeting. Being hoisted up over a 10-foot wall was truly the only thing I was ready to put my foot down about, or so I thought. Last week, as my Ignite Louisville team and I headed for the fourth of five obstacles I saw it. A black and yellow 10-foot wooden wall and I were about to be introduced. 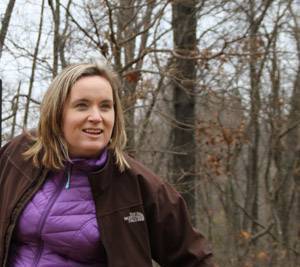 The courageous Liz Hack, eyeing up a 10-foot wall, “…maybe time will run out before it’s my turn.”

“I’ll just hang back. Or maybe time will run out before it’s my turn,” is all I could think about as two of my team members maneuvered through the obstacle. Then Ted, my teammate, made the announcement that he was going to act as a human ladder so that we could finish the mission. He had enough faith and trust in his team that he allowed us to climb up his back to get over the wall.

I was pacing back and forth, it was my turn. With my team members encouraging me, I finally I put fear behind my trust in the team and started my way through the obstacle. “If Ted can be a human ladder the least I can do is lean on my team to get me over this wall,” I thought.

“One, two three!” I shouted as I reached for my teammate’s hand, climbed up Ted’s back up and over the 10 foot wall. In the after action report the team came to an “Aha” moment. Our team has all the resources we need to accomplish most anything. We just need to lean on each other, trust and challenge ourselves to accomplish any goal.