Allan Houston is the New York Knicks Vice President of Player Leadership and Development, Founder of FISLL, and a diversified media and apparel firm brand. A man of faith and strong family values, Allan lives his life with the determination to apply his success as a professional athlete to help others. Since its creation in 2001, the Allan Houston Legacy Foundation (AHLF) has served thousands of participants across the country through programs that promote youth mentoring, responsible fatherhood, and entrepreneurship. In addition, he has served as a spokesperson for the National Fatherhood Initiative, an international ambassador for the NBA, and an analyst for ESPN.

Allan is best known for his years as shooting guard for the New York Knicks, (1996 – 2005). Touted as one of the “purest shooters” in the NBA, Allan finished his career as one of the NBA’s all-time greatest long-range shooters (#11 in three pointers made) and one of the all-time leading scorers in Knicks history (#2 in three pointers, #4 in total points, and #8 in scoring average). Allan is a two-time NBA All-Star, and in his last healthy season (2002-03) finished as the 10th leading scorer in the league. But for all his accomplishments he is especially proud of being named one of the “Good Guys in Sports” four times by The Sporting News, and helping Team USA bring home the gold medal in the 2000 Summer Olympics games in Sydney, Australia.

Allan’s dedication to helping others is demonstrated through the exciting work of AHLF. Foundation programs include “Father Knows Best” Basketball Retreats; the Allan Houston Business Education and Development Program, and his newest program, the Allan Houston Mentoring Initiative (AHMI), launched in 2016. AHLF has used a leadership and relationship development system, FISLL, created by Allan and his family to power its programs.

FISLL is a life learning, development, and coaching platform that teaches and actuates 5 essential values of Faith, Integrity, Sacrifice, Leadership, & Legacy as the transformational Fundamentals of Life. FISLL’s mission is to engage, equip and inspire leaders with these values by combining digital and experiential learning that incorporate training in the 3 dimensions of mind, body and spirit. FISLL is being used by individuals, corporations, schools, community and sports programs, to great acclaim.

In recognition of his committed work to improve the lives of youth, Allan was named “Father of the Year” by the National Fatherhood Initiative in 2007; “Social Entrepreneur of the Year” by Tulane University in 2008, and received the President’s Council on Service and Civic Engagement Award from the Obama Administration in 2011. In 2015, Houston was honored by the Tennessee State Legislature for his Foundation’s extraordinary work in the community. Allan and his wife Tamara have been together for 23 years have 7 children. 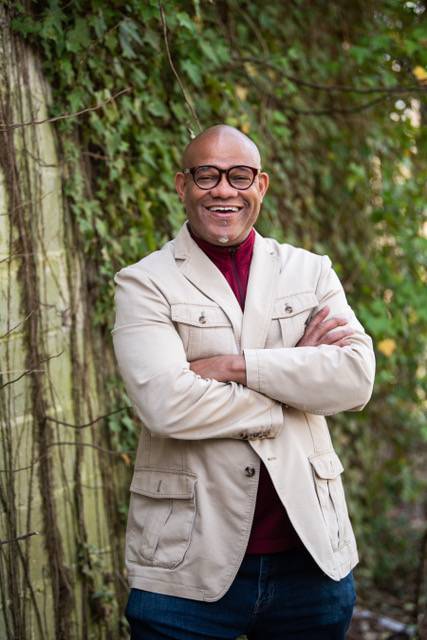 Larry Robinson is the visionary behind KUDZUKIAN, an independently-owned network that houses a collection of over 20 branded and corporate-sponsored podcasts and offers a full menu of live, virtual and hybrid event production services. Before launching KUDZUKIAN in 2014, Larry was a senior marketing executive with experience spanning nationally and internationally and a myriad of business categories. By his own admission, he is a natural salesman. “I can sell ANYTHING,” he says. This innate ability has served him well as he ventured into entrepreneurship, first with his marketing company Lasting Perceptions and currently with the network.

Currently, as the CEO of KUDZUKIAN, Larry oversees 20 team members (and growing) in addition to leading daily operations and business development. When he is not working, Larry is a family man who is happily married to his longtime wife Natalie and the father of three sons.

As excited as we are about hearing Allan’s story?
REGISTER NOW