As reported in the Huffington Post’s October 4, 2013 article entitled “1 in 3 Black Males Will Go To Prison in Their Lifetime, Report Warns,” one in every three black males born today can expect to go to prison at some point in their life, compared with one in every six Latino males and one in every 17 white males, if current incarceration trends continue. These are among the many pieces of evidence cited by the Sentencing Project, a Washington D.C,-based group that advocates for prison reform in a report on the staggering racial disparities that permeate the American criminal justice system. The report was submitted to the U.N. Human Rights Committee and argues that racial disparity pervades every stage of the United States criminal justice system, from arrest to trial to sentencing.

I learned from the Louisville Chief of Police that he has a program focused on getting police officers into the community to build relationships with its residents and that this program recognizes that more emphasis needs to be placed on dealing with how behavioral health issues influence criminal behavior. I learned from the Director of Louisville Metro Department of Corrections about the dedication of the Louisville jail staff and the innovative detox program that has been instituted in the jail. I learned from a District Court Judge about the attempts she is making to get at the root of the problem with African American males that come before her to hopefully reduce the likelihood that these men will return to the criminal justice system. And, I learned from a local attorney about an innovative program focused on victim needs and offender responsibility for repairing harm. However, what I did not hear anyone talk about are Louisville programs and activities that focus on African American males. 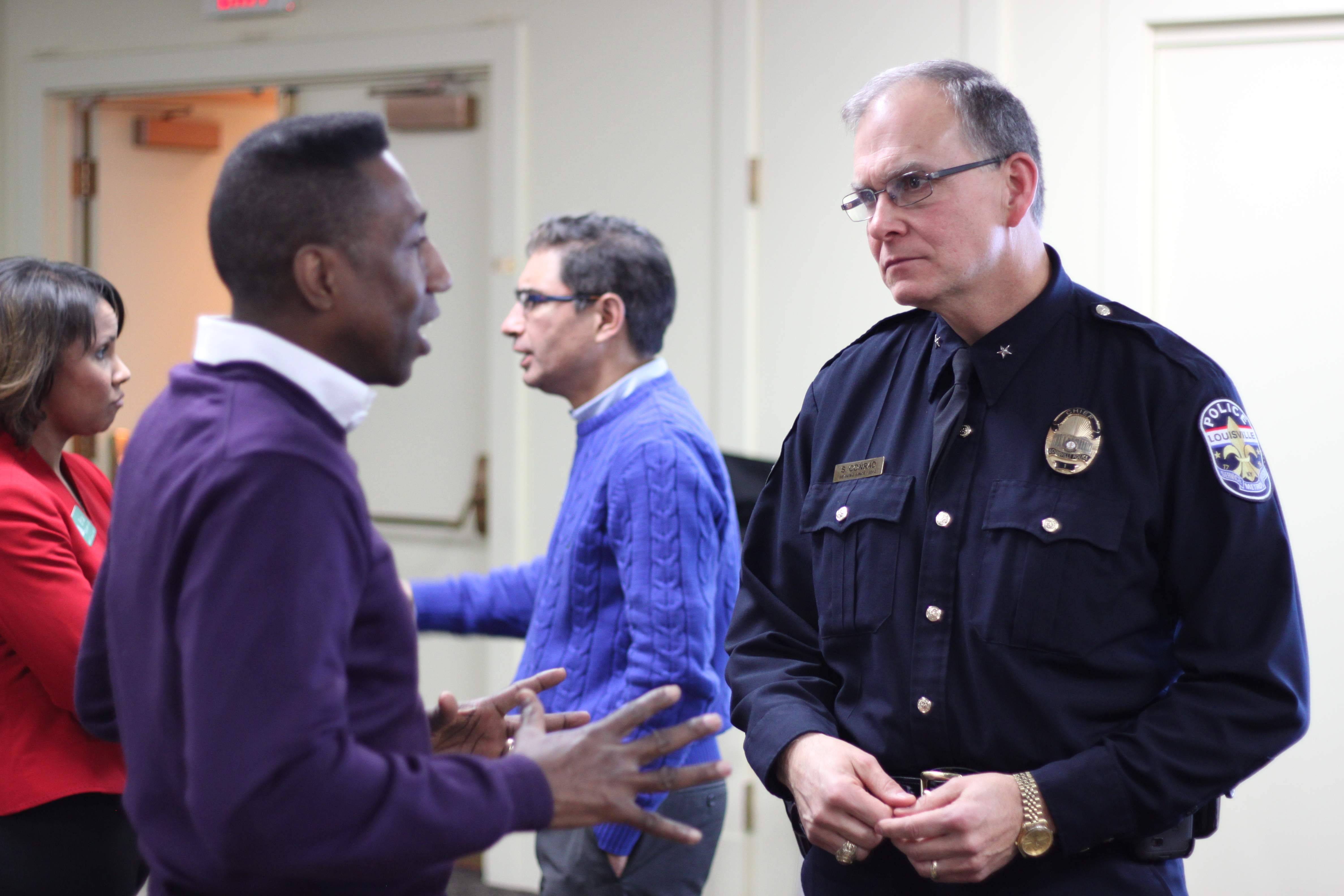 So, what can we do? Below are a few recommendations, all of which have been talked about before. Now it’s time to get them implemented.