Go ahead, look in on them, don’t be afraid 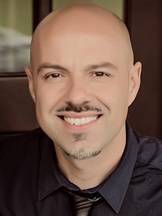 “Go ahead! Look in on them. We do it all day. Don’t be afraid,” said the officer who led us through the main artery of the Louisville Metro Department of Corrections. Dozens of us career-minded professionals ambled along feeling totally awkward about whether or not we should gaze into these tiny jail cells and make eye contact with the inmates. The individual chambers barely had enough space for a sleeping pad right next to an exposed toilet. I wondered if it was even possible to do push-ups in the available space. Should we wave? Should we say, “hello?” Should we walk briskly stealing quick glances or rather meander along taking our time as if viewing the caged inhabitants of a people zoo?

We tried some of those options. None felt anywhere close to being appropriate. It was somber, sobering, and quite frankly a very sad ordeal. Most of us had some tears over seeing so many lost souls who had not only lost their freedom, but had been stripped of multiple layers of dignity.

Yet, despite the gloom, I think this was my most preferred Leadership Louisville day. Perhaps its because as a group, it felt like we finally felt enough ease to address some large and serious elephants in the room: Chiefly, the fact that our Louisville jail is disproportionately occupied by African-Americans; over double the percentage reflected in the local population.

Earlier that morning, prior to our jail visit, the class was interacting with a panel that included the Director of Metro Corrections, Mark Bolton, and Police Chief, Steve Conrad. We heard numerous stats about the dramatic rise in violence in our community, including shootings and murder, as well as the unrelenting plague of heroin overdoses that so many of us encountered on our police ride-alongs. We heard about the various jail programs that were being implemented to combat these problems.

Then, from the back of the room, Pastor Tim Findley, Jr., raised his voice in desperation and hit the panelists with a flurry of very challenging questions.

“Please tell me what is being done to address the fact that the jails are disproportionately full of African Americans.”

“What can I tell young black boys in West Louisville that you are doing for them, when I have to look them in the eye as they tell me that they have no hope? NO HOPE!”

Mark Bolton raised his voice louder in response, “I will challenge you back and say that more is actually being done than ever before with the limited resources that we have at our disposal.”

It was intense compared to our other days together. Everyone was relieved when both men went on to express their deep respect for one another, acknowledging that they are both passionate about their work. I was heavily impressed by the realization that both men are sincerely working on the two opposite sides of a circle of recidivism that we can’t seem to break.

Since last August, our class has been taken on a journey and given an insider’s view of Louisville’s various societal components: education, neighborhoods, non-profits, health care, media, police divisions, legislative bodies, judicial processes, ending with a tour of the jail house which literally holds hundreds over capacity on a daily basis.

All cities have problems. Louisville is no different. It’s hard to swallow, but we have a major uptick in violence and arrests. Last year we saw the most people killed in Louisville since 1979. 80% of victims were African American and 87% were male and those trends are continuing in 2016. Over the last 4 years alone, 140,000 people have been arrested in our city. Of those arrested, we see ever increasing rates of addiction, homelessness and unchecked mental illness.

As the police chief said, “Its clear we aren’t going to arrest our way out of this. We have to do this together. Along the way we’ve let people down, and we haven’t given people what they need. It’s going to take families, churches, police, schools, city government, and non-profits, conflict resolution training. Stronger foundations need to be set with kids at younger ages; good after school care.”

Obviously, this is a man who has done a lot of soul searching. And, he’s done his homework. Conrad rattled off the names of dozens of programs that are doing their parts to offer various solutions or Band-Aids. “We have a great community, and it’s worth fighting for.”

Bolton is a good leader too. He obviously cares about his staff and inmates. We were impressed that he has essentially injected a powerful version of The Healing Place into the jail to help addicted inmates recover. He has also worked hard to provide medical care, insurance enrollment, counseling, transitional housing, job assistance, and even a clothes pantry for exiting inmates.

Most of the questions that we asked Bolton after the tour centered around our collective desire to ensure that compassion was being properly served up in the jail system. After answering multiple questions centered on that topic, Bolton said, “Folks, at the end of the day, don’t forget, this is still a jail. We have some very dangerous people in here. My chief priority is to keep my staff and inmates safe.” It’s interesting how many of us lost sight of that important fact as the day progressed. “Yes, there are also plenty in the jail who are not dangerous, but this is not an easy undertaking,” Bolton gently reminded us.

The mosaic of our community continuously fascinates me. There is beauty, and glimpses of harmony, so much to be thankful for, but I’m also genuinely troubled by what is obviously not well. We need healing. But, first, I think we need to listen and be afflicted, sit in the tension and feel the discomfort. Too often, we want to jump to fix something without first fully understanding the problem. This is probably why we’ve spent so much money on prison and jail systems that don’t work when it comes to rehabilitation or stopping the rise in violent crime, addiction, homelessness, and untreated mental illness.

I’m very thankful for Tim who has opened my eyes to a lot of issues and perspectives. And, I’m thankful for Mark and Steve. There is a clear sincerity in all of their voices. It’s obvious that they each want answers and want to be a part of the solution. I sense from our class that we all want to do our parts as well.

Isn’t that why they’ve brought us together?