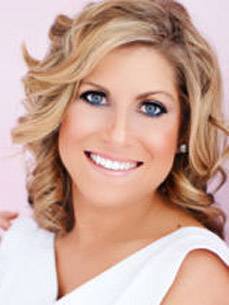 One of Nelson Mandela’s most famous quotes is about education:

“Education is the most powerful weapon which you can use to change the world.”

Last week, my Leadership Louisville colleagues and I explored the education landscape in Louisville.

Jefferson County Public Schools is tasked with teaching over 101,000 students each day in 155 schools across the city.  This comprises nearly 1/7 of the students in the state of Kentucky! Many of these students come to Louisville from other countries – there are more than 100 different languages spoken in our schools.  Sadly, there are about 12,000 homeless students in our schools as well and more than half of JCPS students participate in free or reduced lunch programs.

Here’s another staggering statistic – if you can get a kid to read by the age of nine years old, you can change their life outcomes. To me, that’s remarkable.

Okay, enough with the statistics — as all Leadership Louisville program days go, we had the opportunity to go on an outing – this time to various schools around the region.  My group chose to visit Seneca High School.  Seneca is a great example of career preparedness that JCPS is instilling in our schools.  With a pre-vet and horticulture program, a pre-education program and a pre-law program (among other programs), they offer a number of options to allow students to start thinking about their future.  They even have a classroom that was renovated to look like a courtroom. Granted, we were greeted by honor students (ambassadors as they are called) and toured the school with the Principal, so the picture we saw of Seneca was pretty idealistic, however, leaving the campus instilled in me a bit of affirmation that JCPS is on a solid (albeit long) road to developing the fullest potential of our city’s youth.

Public schools aren’t the only option for students in Louisville – we heard from representatives of parochial and magnet schools too and also heard from Robert Blair, who founded the West End School – a school for disadvantaged boys in Louisville’s west end neighborhood.

Leadership Louisville program days never leave me disappointed, and Tuesday was no exception.  I always walk away with a deeper understanding of our community and the challenges we face.  Luckily, each program day also offers us stories of success and glimpses of hope.