Louisville, Kentucky (April 14, 2016) – The Leadership Louisville Center will feature a dose of deep thinking coupled with cocktails and conversation for its next AlumNIGHTS event on May 11 from 4:30-7 p.m.  Presented by PNC Bank, the event will feature Dr. Tom Morris, one of the most active public philosophers and business speakers in the world, in addition to a complimentary Brown-Forman cocktail, hors d’oeuvres and great networking.  Morris has an incredible background (more below) and is the author of 20 books, connecting advice from ancient thinkers with the business challenges of today – his topic will be, “True Success: The Art of Achievement in Times of Change.”  The event will be held at the Henry Clay, 604 S. 3rd St.

All are invited, including Leadership Louisville Center alumni and those interested in connecting with the Center.

Learn more and register – free for Leadership Louisville Center members, $35 for others

Tickets are $35 or complimentary for members of Leadership Louisville Center.  PNC Bank and Brown-Forman Corporation are the event sponsors.  For more information, visit www.leadershiplouisville.org or call (502) 561-0458. 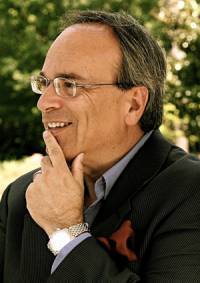 Tom is one of the world’s top public philosophers and pioneering business thinkers. He’s the author of 20 groundbreaking books and is a legendary speaker whose talks reengage people around their deepest values and reignite their passion for work and life.

He has become one of the most active public philosophers in the world due to his unusual ability to bring the greatest wisdom of the past into the challenges of the present. Imagine the wisdom of Yoda, Gandalf, and Dumbledore, rolled together and linked to the spirit and energy of the world’s most winning athletic coaches. Stir in the unexpected humor of a Seinfeld or Fallon, and you have an idea of what Tom’s audiences experience.

A native of Durham, North Carolina and a Distinguished Alumnus of Durham Academy, Tom was a Morehead Scholar at the University of North Carolina – Chapel Hill, which has honored him, along with Michael Jordan, as a recipient of their “Distinguished Young Alumnus Award.” He holds two masters degrees as well as a joint Ph.D. in both Philosophy and Religious Studies from Yale University, as well as other, honorary doctorates in recognition of his public work of bringing practical philosophy back into the cultural mix. Tom served for fifteen years as a Professor of Philosophy at the University of Notre Dame, where he quickly became a campus legend, in many years having an eighth of the entire student body in his classes. He is now Chairman of the Morris Institute for Human Values in Wilmington, NC.

Tom is the author of twenty published books, so far, and with many more on the way. His twelfth book, True Success: A New Philosophy of Excellence, launched him into a new adventure as a public thinker and advisor to the corporate world. His audiences have included such organizations as Toyota, General Motors, The Ford Motor Company, Hewlett Packard, Merrill Lynch, Coca Cola, Mattel, and many more.

Tom is the author of the highly acclaimed and bestselling leadership classic If Aristotle Ran General Motors and of the big yellow book, Philosophy for Dummies. Other more recent books include The Art of Achievement, The Stoic Art of Living and Superheroes and Philosophy, where Superman and Batman finally meet Plato and Aristotle. Tom’s most unexpected bestselling book about life and business is entitled, If Harry Potter Ran General Electric: Leadership Wisdom from the World of the Wizards.

Tom’s work has been featured, noticed, commented on, or covered by such diverse news outlets and media as CNN, NBC, ABC, CNBC, The Learning Channel (TLC), NPR, The New York Times, Fast Company, and many other magazines, newspapers, and websites across the globe. His blogs about life often appear on The Huffington Post. He even philosophizes through images and photographs at TheFancy.com.