Anger, sadness, fear, anxiety… and lots of laughs too 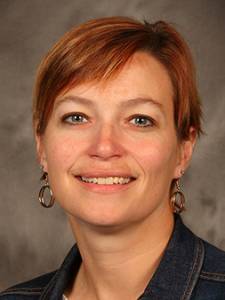 I think about public safety and criminal justice reform a lot. It’s been part of what I do for work in one way or another for nearly two decades. I read about these issues for fun. One of my favorite books is about the homicide unit of the Baltimore Police Department. I’m a nerd on this topic.

So, I figured I was a pretty lucky nerd to get invited to join this year’s Bingham Fellows class since the topic is a Safe and Thriving Community.

Much of the information about violence as a public health threat and the work being done by the Office of Safe and Healthy Neighborhoods isn’t new for me. Still, it’s valuable to go over regularly because there is always something new when talking about these issues.

What struck me most about those first couple of days was the people I’m in the room with. It’s an impressive group. It’s diversity is rich. It’s made up of people powerful in board rooms and people who do their work on street corners. It’s people born in other countries and those who have spent their entire lives in Louisville. It’s people who regularly have a public voice and those who have operated quietly in the community with little or no spotlight. Men and women. Black and white. Old and young.

Halfway through our first day a Louisville Metro Police officer was shot while out on a narcotics investigation. Major Judah and I left our sessions to rush to the hospital. Fortunately, this time the officer will be ok. Two suspects lost their lives.

It was a stark and important reminder that the work this Bingham Fellows group is going to do over the next year is really important. It’s essential because we all want a safe and thriving community.

Together, I think this diverse group can make a difference in that.