Before attending  Focus Louisville I didn’t know what to expect. I was told different things by my executive director, and others who have been through the program, about how exciting it was, how it was good for me, and that it offered opportunities to meet new people and network. I was excited but still in the dark on what to expect.

As a person who likes to observe my surroundings before I speak, I was tested when I sat down at my table. The group at my table was outspoken and made me feel welcome. The staff was also warm and excited. Now I’m not much of a morning person but it seemed as if everyone around me was. When it came to introducing ourselves to the whole group, I didn’t know there were so many people in Louisville who are not from Louisville. I know this is a small sample of Louisville residents, but I was surprised.

Having the tour with Dr. Tom Owens was very interesting. I have lived in Louisville for 20 years and had never learned as much about the west end and downtown Louisville as I did in that short period of time, and I live in the west end in Park Duvall. 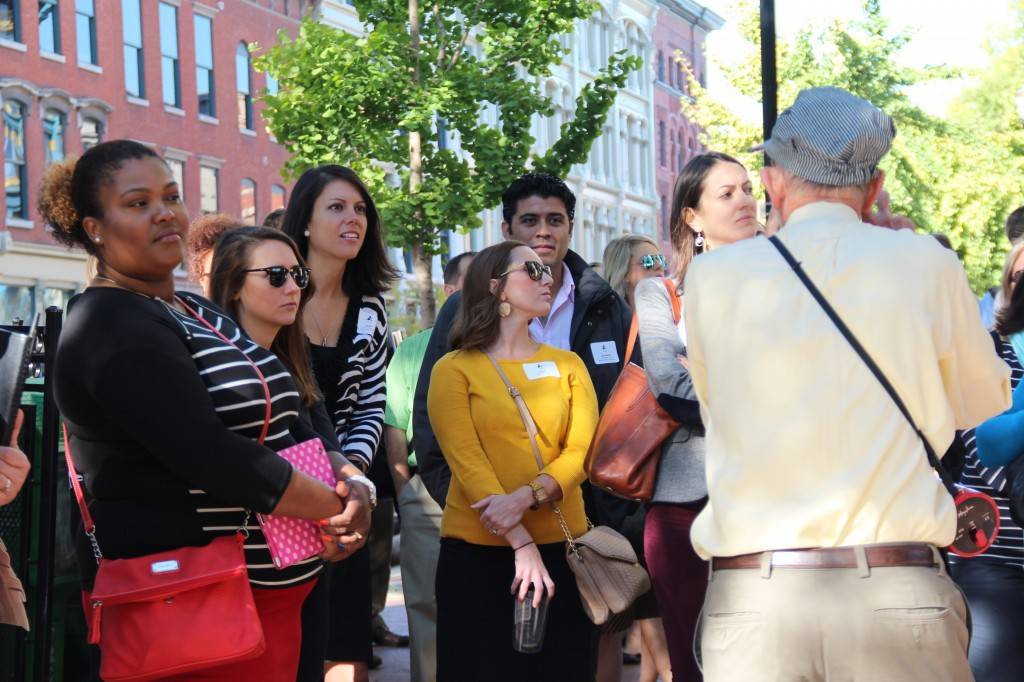 The whole experience was very “eye-opening,” and that became somewhat of a theme on the second day because it was exactly that!  Going to the different non-profits and JCPS schools, I was amazed by how JCPS was improving the schools. Working for a non-profit organization, I noticed we all have something in common and that is the need for volunteers. The work can be simple but having the time to recruit volunteers is an issue.  I have so much knowledge I can now take back to my work place on how to better serve the community and improve the programs we have by collaborating with different non-profits. It’s important to get our mission out there because we often forget to let those who want to help, and have insight on what we do for the community, know we welcome them to stop by the Catholic Enrichment Center and say “hey.”

Overall, Focus Louisville was a truly an eye-opening experience for me. It was an opportunity to learn more about the whole community, not just the few blocks around my work place. Knowing the history of where you live is very important so you can have a better understanding of the people we want to help.  Focus Louisville has done that for me. It also provided me with the tools and knowledge to go out and seek different opportunities, whether it is different partnerships or implementing new programs to draw a certain group of people. I am ready for the challenge and am also excited!!