Absorbing the reality of redlining in Louisville 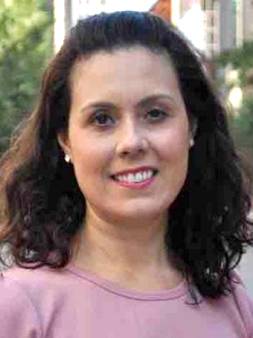 As a social-justice focused individual in all aspects of my life I was ready for the opportunity to hear more from Joshua Poe, a nationally-recognized city planner and housing policy analyst, who recently spoke to the Leadership Louisville class on redlining. For the last 13 years I have called Louisville home, I have tried to wrap my mind around why Louisville has very clearly defined race and class geographical boundaries. When I approach the subject with friends and family, I am often shut down with “well—that is where they want to live.” Or “We tried mixed-income housing in the Phoenix Hill neighborhood but it just didn’t work.”

As I was absorbing the information Josh was relaying to us, I tried my best to leave my personal observations and feelings to the side. Then he showed the slide on the B6 section of the map representing the Douglass Loop and Deer Park neighborhoods. Pulling from the 1937 report Josh read some of the highlights clarifying why this largely white, upper-middle class neighborhood was deemed a “B” group. On the bright side, the report explained that is a desirable neighborhood because there were city conveniences and schools in the area and that it was close to the business section. Things working against the neighborhood included “Bardstown Road [was] zoned for commercial usage” and then at the bottom of the page, which hit me like a shocking wave when all of the sudden your life goes into slow motion–much like before a car accident, the report explained: “Alfresco and Rutherford are outstanding streets in the area. At Harvard and Dundee are located about ten negro families, all closely grouped and no probability of any further increase in negro infiltration.”

I immediately turned to my classmate Abby Shue, who was sitting beside me, and said, “Oh my god. Alfresco is my street.” It was all I could do to hold back tears. All of a sudden everything I have observed and openly critiqued about my street was illuminated. I had finally started to fill in the blanks on all of the “whys” I have been asking.

My street is not diverse. There is one African-American family of four that lives on our small three-block street. They live near the Bellmarine end of the street where, unlike the rest of the street, there are houses for rent and where the sidewalk suddenly ends. And to be even more frank, this is the block my neighbors complain about having “unkempt lawns.” They actively avoid inviting neighbors from this block to what is deemed as the annual June block party—for the first block only. Although they tolerate some second block families if they are guests of the first block. I know! It’s insane!

Then that last sentence from the report about Harvard and Dundee streets, only five blocks from my house, said it all to me. People of color are not wanted here. I have no words other than just—wow! And that to this day—this part of the city still very much looks the same way it did in 1937. And that is not okay.

Finally, I am seriously questioning myself and the choices I have made about where I live. Should I move? No, how does that help? I should do something about it instead.

What should I do about it? That I’m not so sure about but you can bet that I’m going to start talking about the impact of redlining with my neighbors as a first step. Clearly, we need to redefine our “block party” as a “street party” so we can include all of our neighbors.