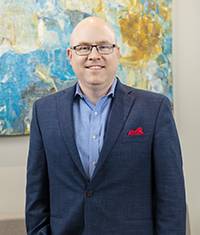 He has been responsible for delivering programs that are seen as national best practices, maintaining excellent participant experiences and strengthening the social fabric of our community. The Encore Louisville program is the newest addition, which was co-created by Miller and a team of Leadership Louisville Center graduates in 2014.

Prior to joining the Center, Miller spent the previous 17 years in broadcasting, working as a radio morning show host and promotions/marketing director. Miller was elected to two terms as a city council member for the city of Lyndon in 2002 and 2004, and he currently sits on the board of the Lincoln Heritage Council of Boy Scouts of America, the Catholic Foundation of Louisville, and is a member of the Louisville Free Public Library Advisory Commission.

Miller resides in Louisville with his wife Susan and two children, Maggie and Charlie.