A fascinating and deeply-troubling discussion 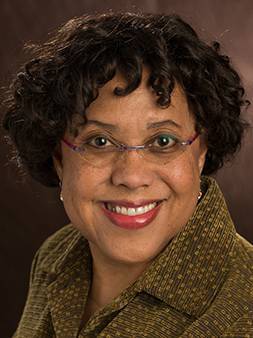 When urban design consultant Joshua Poe showed a redlining map of Louisville, the Leadership Louisville class saw how the intersections of racism and poverty are interwoven. See https://insiderlouisville.com/government/redlining-louisville-map-wins-harvard-university-honor/

Poe helped us to see how redlining, the systematic denial of mortgages and fair housing for African Americans and people of color in Louisville, resulted in continued racial and economic disparity. 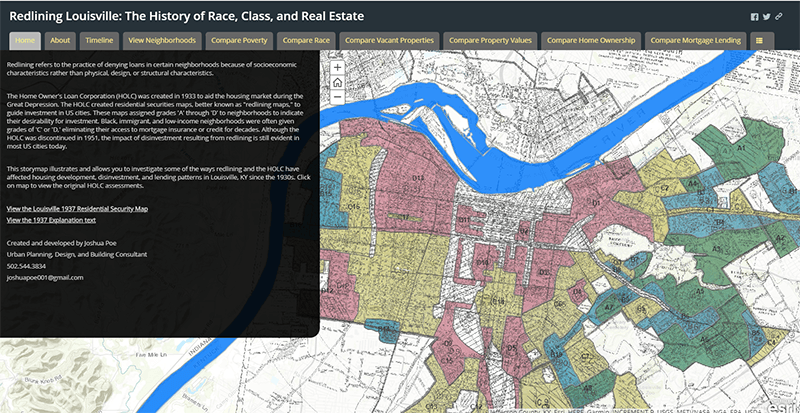 This storymap illustrates and allows you to investigate some of the ways redlining and the HOLC have affected housing development, disinvestment, and lending patterns in Louisville, KY since the 1930s. Click to see the full interactive map.

Poe said, “When the redlining maps were made and then handed over to mortgage companies, what was created were two economies. African Americans in Louisville existed in that second economy.” Poe suggests, “This is not a historical perspective, it is the current reality of Louisville.”

What is disturbing is that many feel comfortable simply offering charity. Though charity may assist some individuals, it does not change power dynamics or provide long-term benefits to communities.

Partnering with oppressed Louisville families to increase income, gain employment, obtain educational opportunities, and purchase property, is a more just way to move toward eliminating poverty and disrupting structural racism. African Americans in Louisville were led toward rental markets. You don’t gain equity in rental housing. And, even those who were able to purchase houses were led to neighborhoods where they will never accumulate the kind of equity those in other parts of town not only achieve but expect. How will we as leaders in Louisville improve our society, instead of passively accepting that many of our citizens live in poverty and face structural racism? When will leaders acknowledge the unearned privilege they possess, which comes from having access to tangible resources and social rewards that are denied to others?

The discussion was both fascinating and deeply troubling. We learned (and some of us rediscovered) that redlining and white supremacy in the city planning of Louisville has placed our city where it is today, with problems that would not have existed, if decades ago, we had had the strength to love our siblings as we love ourselves.