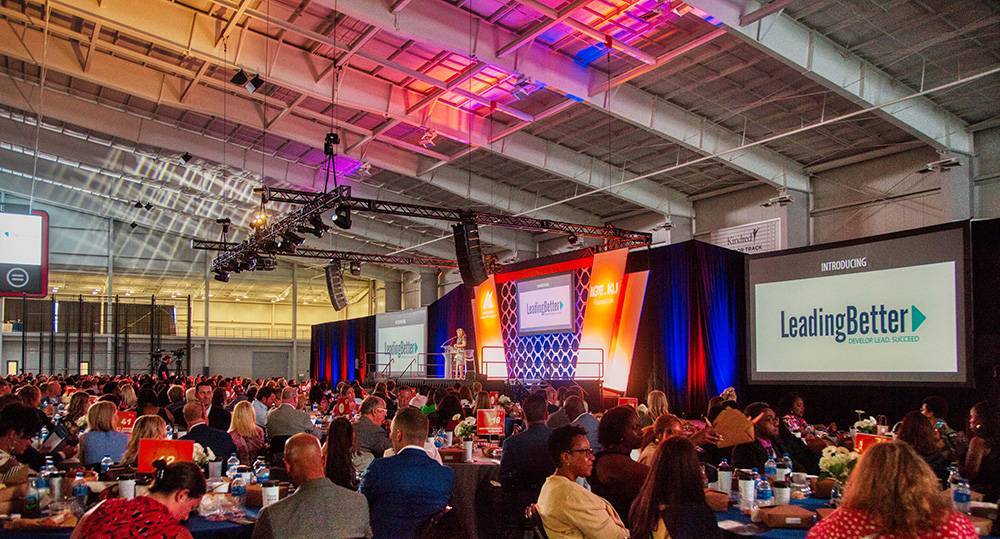 For more than 40 years, the Leadership Louisville Center has specialized in developing leaders of the highest caliber as it fulfills its purpose: to inspire and equip leaders to be better and do better. This dual focus on growing the skills of the individual and inspiring them to better the community around them is called social impact leadership. Known for its world-class approach to leadership development, the Center is now leaning into a national growth opportunity, allowing enterprise to fuel social impact.

Since 2015, the Center has offered leadership training and development curriculum through courses and an annual Leadership Summit. With the addition of virtual programming and because the needs of the new world of work are changing, the Center’s geographic footprint has grown significantly. The Center’s thousands of training participants have come from over 30 states and several countries, with over 500 companies using the Center’s talent development solutions. Free microlearning sessions launched in 2020 have attracted over 10,000 participants from all 50 states. The Leadership Summit has transitioned to a hybrid event (in-person and virtual), with one-third of attendees from outside of the Louisville region, representing over 20 states.

To embrace these opportunities, the Center is launching a new, partner brand, called LeadingBetterTM, to allow for continued growth beyond the boundaries of Louisville. LeadingBetterTM will be the new brand for all skills-based offerings and the Leadership Summit – all of the offerings designed to help individuals and organizations lead better. The Center’s community leadership programs will continue to operate under the Leadership Louisville Center brand – so both will be used moving forward. While the LeadingBetterTM brand is being launched today, the transition will come in phases over the next year.

“As a nonprofit, purpose-driven organization, our focus is to enable better leaders, better results, and a better world. For the individuals and companies who want to both train up their talent AND at the same time make a social impact investment – LeadingBetterTM can do this for you,” said Cynthia Knapek, president and CEO of Leadership Louisville Center. “This new brand will allow more of our local partners to extend training to other locations throughout the country, and other markets to come to us. The impact of a Louisville-based asset for better leadership has far-reaching positive implications for our organization, for the Louisville community, and for the nation. Please get in touch with us to help support your talent development needs and shine a spotlight on Louisville as the model for better leadership. Together, we are LeadingBetter.” 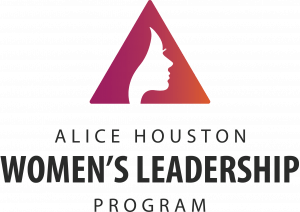 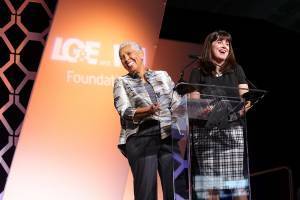 The Leadership Louisville Center is developing a women’s leadership program to accelerate and sustain the growth of women into positions of influence. Organizations with greater gender diversity in management are more likely to have sustained profitable growth. Yet, women still lag behind men when it comes to promotions into leadership positions.

Research also shows that mid-level managers are critical in driving change, innovation, and results. This half-year cohort experience is designed to help midlevel women leaders, managers and directors, master the dual role of leading others and managing up that can drive change and deliver results.

In addition to building management capability, this program tackles the unique issues and opportunities that come with being a woman in the workplace. Through reflection, coaching, and experiential learning, women in this program will build greater self-awareness, leadership presence, and resilience.

The program that will start its first class in early 2023 and is named for esteemed female executive and community trustee, Alice Houston, co-founder/owner and former CEO of HJI Supply Chain Solutions. Alice and the Houston family are supporting an endowment to launch and sustain the new program.

Women managers and directors, and others interested in the program, can sign up to learn more at upcoming information sessions. Applications for the first cohort beginning in Spring 2023 will open October 3, 2022. Learn more at www.leadershiplouisville.org/womensleadership.

Other news from the event:

LG&E and KU Foundation generously supports the Leadership Louisville Luncheon as the event’s presenting sponsor. Special thanks to our additional supporters – 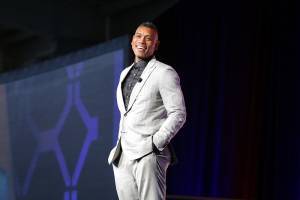 Son of Louisville (and firstborn of Wade and Alice). Ballard High School 1988 Kentucky state basketball champion. Three-point shooter extraordinaire. Allan Houston has been called a lot of things. But he calls himself a man of faith with strong family values. Allan lives his life determined to apply his success and the lessons learned throughout his career as a pro athlete to help others. Allan’s impact extends beyond the court through the Allan Houston Legacy Foundation and The FISLL Project, which lifts up underserved youth, families and communities nationwide through its strategic partnerships, coaching clinics and fatherhood and family programming.

At the 2022 Leadership Louisville Luncheon, Allan is the featured keynote speaker delivering an inspiring message with stories of a life well played.

On what was once an uninhabitable brownfield now sits the Norton Healthcare Sports & Learning Center, filling a void in the local, regional, national, and international track and field community – spurring economic and community growth for black businesses and families, igniting a culture of change that passes asset and wealth building down to future generations. The Norton Healthcare Sports & Learning Center sits on the Louisville Urban League Sports & Learning Campus, a 24-acre, multi-sport complex located in Louisville’s Russell neighborhood that opened in February 2021.

ABOUT THE LEADERSHIP LOUISVILLE LUNCHEON

The Leadership Louisville Center is the region’s most valuable resource for leadership development and civic engagement. With a purpose to inspire and equip leaders to be better and do better, it has graduated over 15,000 through its programs and courses since 1979. The Center is recognized as a national best practice and is known for its dynamic programming and strong community connections. Programming includes five social impact leadership programs (Leadership Louisville, Focus Louisville, Ignite Louisville, Bingham Fellows and Encore Louisville), talent development solutions presented through the Leadership Green Room, and events designed to connect leaders and motivate positive change. Learn more at www.leadershiplouisville.org.